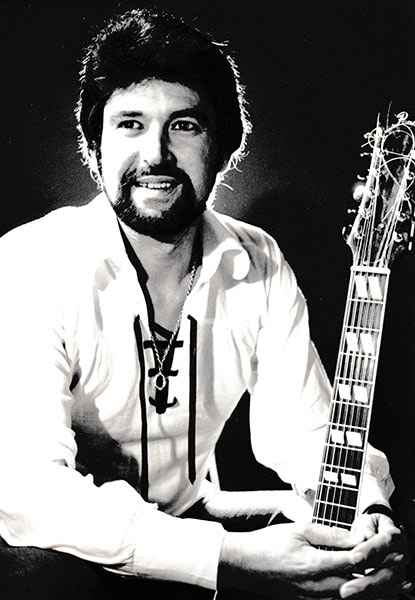 From the early seventies it was the road, the road and more road with his first band ‘Tangie County’ touring extensively throughout the UK, Europe and the USA. Jimmy’s unique interpretation of folk and country were being blended together into what we now know as ‘ Americana ‘.

Typically he was hounded out of some folk clubs as a ‘ country music heretic ‘ and was only slightly less welcome in the country venues. Remember Dylan’s “Judas” anyone? And so his love affair with ‘Americana’ continued and over the next few years, drew him time and time again to play and perform in his spiritual home in the bars, beer joints and ‘honky tonks’ of the USA’s Mid-West. They really loved his distinctive voice and his unholy fusion of country/folk.

The discovery of the ‘White Mansions’ album gave Jimmy the focus he’d always wanted but never found. Creative meetings with Derek Green (head of A&M), Glynn Johns (Beatles and Stones producer) and Mansions writer Paul Kennerley (Emmylou’s other half) followed and led to Jim and his band taking the album to the States as a complete show, where he toured it for a year, ending with a four month stint at ‘The Cannery’ downtown Nashville.

On the verge of ‘stardom’ his first single from the project ‘Confederate Money’ hit the ground running in the Southern States and then crashed the Billboard Charts.

Unfortunately Jim’s Nashville publishers, holding a six figure cheque for his first royalties, disappeared overnight and Jim’s career was stalled right out of the blocks. Jim did one more US gig, but his heart was gone.  He left for England where his final gig was topping the bill at Wembley in Mervin Conn’s fabled Country Music Festival.

Jim did one more US gig, but his heart was gone. He left for England where his final gig was topping the bill at Wembley in Mervin Conn’s fabled Country Music Festival.

He returned to his PR business, got married and raised a family. Life was perfect and full of fun ……but, as ever, the call of the wild was strong.

We’d like to have the time to hang around
And stay awhile around your town
But we’re, movin on Escanaba
We’re movin on

A small town in Northern Michigan USA where I played my first gig on our regular USA tours. We were very popular and got ‘held over’ for 3 weeks. February in Escanaba, not far from the Canadian border, is very, very cold but the people were great and showed us a good time…. So I wrote you this song… hope you like it! Thanks Escanaba!