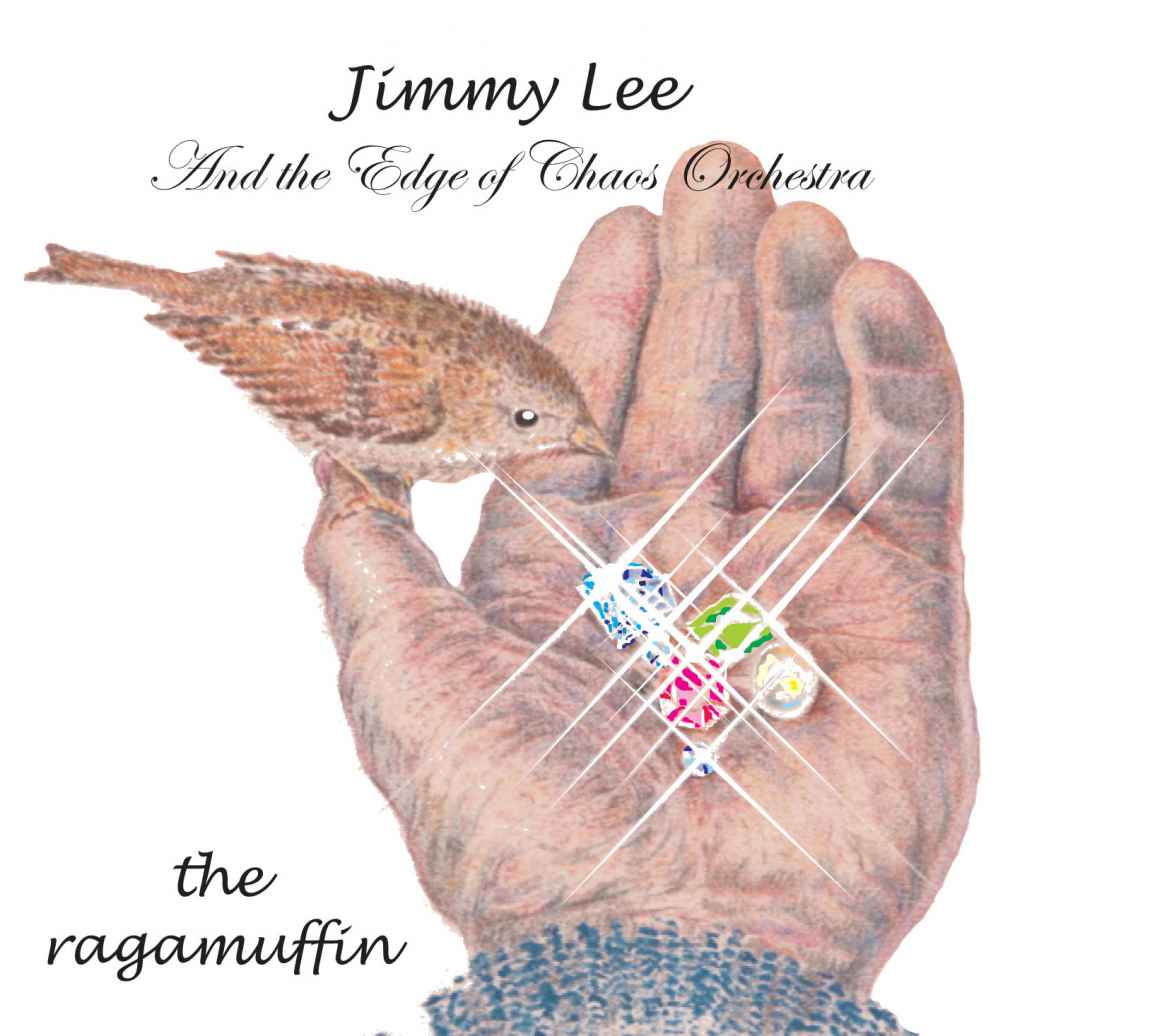 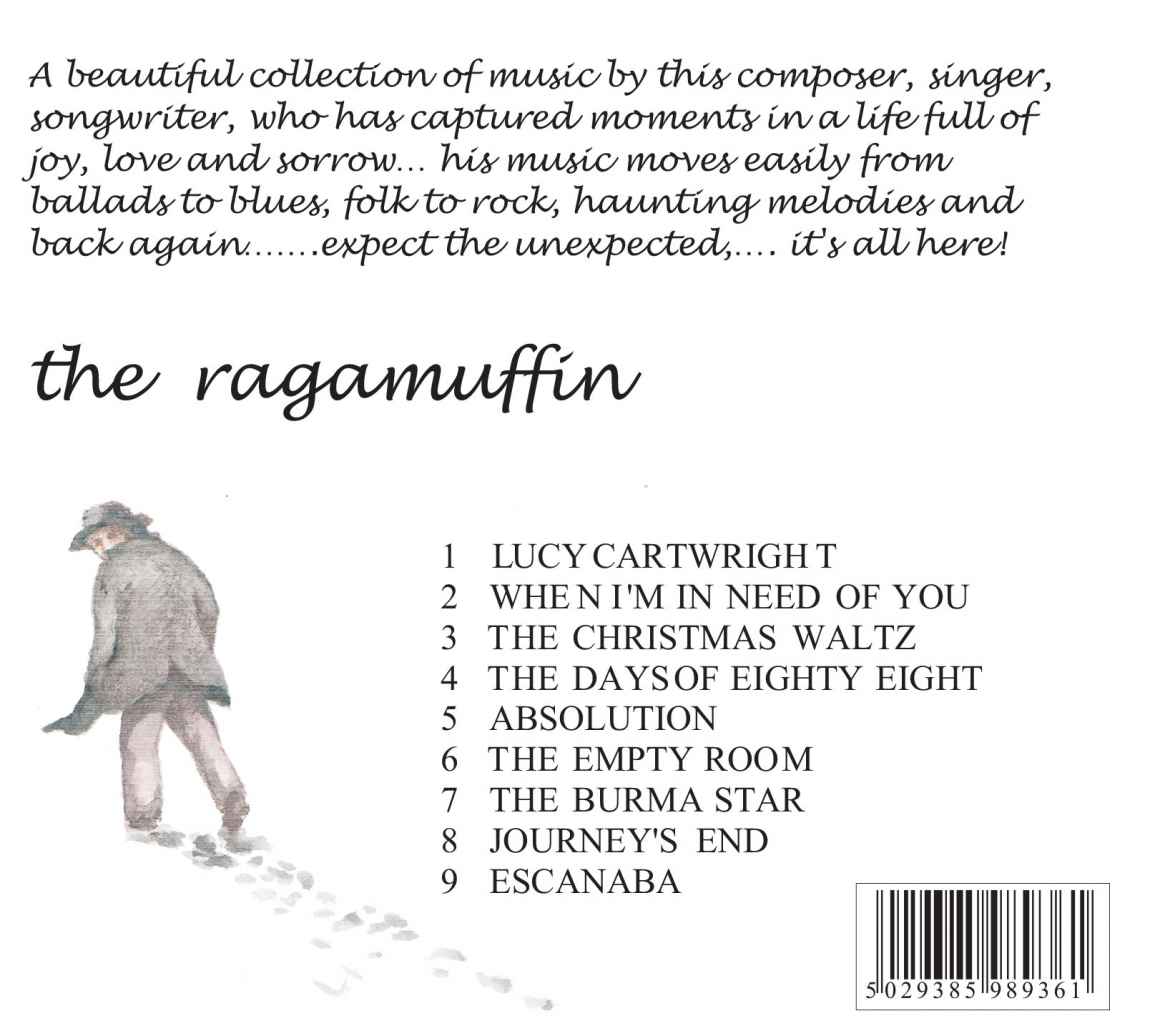 To bring his music to life Jimmy has put together some of the finest musicians that he knows to form ‘The Edge of Chaos Orchestra’ combining classical and traditional instruments that sail through a challenging variety of genres....

CD Catalogue No JL02 — All compositions, music and lyrics, written and produced by Jimmy Lee

I couldn’t wait to get to school
I ran there all the way
In the afternoon run home again
Tea, then out to play
Sometimes bow and arrows
Sometimes climbing trees
Build a camp or light a fire
Happy days for me

When I was 7 yrs old, reunited, our family moved to a small isolated hamlet of five or six cottages where all of us young kids played and roamed freely on downland, fields and forest….I had never known such happiness. The farmer’s daughter Lucy became my best friend and we were inseparable. She could fight, climb, run and swear with the best of us and she was very pretty! It really broke my heart when she moved away but that’s how things were in those days. I still lament the loss of my friend and the loss of childhood innocence which comes to us all, and I mourn that breathless joy that never returns.

Take my hand, come and grace the table
In case you call I always lay for two
Turning down the bed my hands were shaking
At the thought that I might once more cradle you

That time has come again my heart is breaking
Yes, I hope I’ve brought you comfort too
You’ll come to me again of that I’m certain
You always seem to know when I’m in need of you

I’m not sure where this song came from but it is very personal and pleasing although sometimes difficult to sing. Imagination is sometimes more powerful than reality and sometimes reality is too painful to bare. Comfort comes to us in its own time and in its own way.

My memories of the build up and anticipation of Christmas as a child, were and still are, very powerful. Those magic evenings when the excitement of the approaching day was unbearable compounded by small changes in the behaviour of parents and friends as the ‘big day’ drew near. Heralded preparations that were undeniably going to add to that most wonderful moment when Christmas day arrived and gleefully suffering the painful wait of a child who wanted so much for his world to be magical on that day, and for evermore!
No longer a child, I stand outside of my childhood home on a cold crisp winter’s night peering through the window to see myself and my loved ones as they were in those days of yore, happy and content with all suffering and hardship banished by the warmth and joy that Christmas brings. I long to enter the window to dance with the memories and embrace those feelings lost to childhood.

The Days Of Eighty Eight

I see it o so clearly now the wood shed and the store
Dark cupboard and a pantry and some stairs behind a door
The cinders by the ‘out house’ where we were made to go
The wash tub and the mantelpiece, lamps and fire glow

The smell of something cooking ‘black leading’ on the grate
The teardrops and the laughter how they rang round eighty eight
Don’t tell me you don’t miss it. It simply isn’t true
As the memories surround me I can only think of you

Sweet memory don’t leave me of when we were in bed
I shared it with my cousins, Grandpa, Jim and poor old Ted
And you would light a candle to chase away the gloom
And you voice would carry fairy tales and wonder to my room

Your daddy had three daughters we lost the other two
But the good lord in his wisdom gave all there love to you
And Suzy you much older now, there’s tired on your face
An angel on each shoulder one is Jean and one is Grace

The Days Of Eighty Eight

I was six when my brother and I went live with my Aunt at 88 Burpham near Arundel in a thatched cottage, no water or electricity and just two bedrooms. My Aunt ‘Suzy’, a widow, also cared for her own three children and another two children of her sister Grace who had been orphaned plus her Father and Brother. In all there were 14 of us huddled together in that tiny cottage as ‘poor as church mice’ but I still remember the love, warmth and kindness that Suzy showed.

‘cos I climbed every mountain that you put before me
Swam very ocean, river and stormy sea
Never stayed in the harbour, couldn’t a worked any harder
But I’ve got the feelin that the ceilin’s fallin in on me

Well I didn’t get it all wrong, thanks for the ‘bird song’
And all the wondrous things found on the street
But when you walked there beside me, why didn’t you guide me?
Or was the devil on your level when he grabbed a hold of my feet

Well I’ve walked a long way, maybe the wrong way
Do you think that it’s too late to turn me around?
Because I’ve seen what’s before me, God you gotta call me!
‘cos if I ain’t lost how the hell can I be found!

Don’t wait until it’s too late!

I have long had this image of a room rather like the ‘old fashioned’ drawing room. Through my mind’s eye I can still see it very clearly. It was panelled with a bureau and a piano. I am standing in the doorway looking in. Opposite me are two French windows, the one on the left is open with a slight breeze moving the drawn curtains. It is early morning and as I gaze around the room my eyes rest on a photograph on the bureau of a young man in uniform as my eyes roam I see another and yet another and more. I wonder who all of these people are. I have not known them and yet they are here in my home.
Years later I recalled this incident and described it to my Father who recognised my memory. It was the sitting room in my grandfather’s house and the photographs were of all the men in the family who did not return from the First and Second World War and whose loss had such a profound effect on all of our lives both now and then. All of these wonderful people who I did not know. To be denied there presence in my life seems selfish compared to there own suffering and loss. Never the less, it did and still does make me very angry. The Empty Room is my requiem for them. It is for my love, my gratitude, my outrage, my anger, my sorrow and contempt for those who brought this about.
I have tried to express all of those emotions in the piece… it makes me very sad.

Do I remember Seaford, just a toddler at the time
Men who left or came to save us far from home and in there prime
Barbed wire on the beaches the bombs and the aeroplanes
Bright blue sky’s and ‘dog fights’ soldiers marching down the lanes

From Vale road down to East street past the school and the old sea wall
The powdered milk the ration books I can recall them all
Long empty years of loneliness turned my Mothers heart to stone
Forgot she had a Soldier, is he ever coming home?

We played together freely, John, Billy, Anne and me
Played soldiers on the South Downs sometimes paddled in the sea
And I never felt neglected, no I never felt alone
Never knew what fear or hate was until it came into my home

Then my world stood still and silence came to my prison without bars
Long days that held no sunshine, nights that held no stars
Lost children to misfortune, someone must atone
They said they’d come to save us but were never going home

Then freedom came to no ones gain, we might have well have lost
Stay on your knees forever mamma you’ll never count the cost
Paid by a ‘forgotten’ soldier so wounded from so far
While fighting for salvation and a hard earned Burma Star

I have a vision of this soldier I’d never seen his face before
He was pickin’ up the pieces that were broken by the war
Broken dreams that never mended, a broken heart that turned to stone
He prayed for her redemption as he wept for his lost home

So I remember Seaford the bombs and the aeroplanes
The barbed wire on the beaches soldiers marching down the lanes
The memories still with me even now that I am grown
My birthplace, lost salvation, and the first time I left home

My Father went to war soon after I was born and was posted to Burma. He would not return for 5 years. When I was 3 and my older brother 4, we were taken into care suffering from neglect and malnutrition. The two of us spent the next three years in the darkest of places that only small children can find. My 1 year old brother was abandoned on a train and was found at Cuckfield station. He was taken in by the Church of England Children’s Society and eventually adopted. We found him 42 years later.
I spent most of my life blaming my Father for our misfortune. It was not until late in my life that I learned the details…. So this is a tribute to my Dad….a true hero who I badly misjudged.

Standing on top of a high cliff looking down into a bay … the sea is bright blue and calm and full of sunshine but in the distance, meeting the horizon, heavy seas and dark storm clouds are still clearly visible. Alone and without purpose a small sailing boat welcomes the security of the bay and its calm waters and seems to relinquish itself to the ‘safe harbour’.
The boat with its tattered sails and torn rigging, bears and the obvious scars of a voyage that has been both rough and fearful and appears, like us, to be terribly small and frail to have survived such difficult times reminding us of our own journey through life and despite all the slings and arrows, it is better to have come through battered and bruised than not at all.
The last passage in the piece reflects that spiritual moment of satisfaction and the sigh of relief and gratitude for having arrived at that place of safety where you can rest, safe in the knowledge that you don’t have to fight anymore.

We’d like to have the time to hang around
And stay awhile around your town
But we’re, movin on Escanaba
We’re movin on

A small town in Northern Michigan USA where I played my first gig on our regular USA tours. We were very popular and got ‘held over’ for 3 weeks. February in Escanaba, not far from the Canadian border, is very, very cold but the people were great and showed us a good time…. So I wrote you this song… hope you like it! Thanks Escanaba!