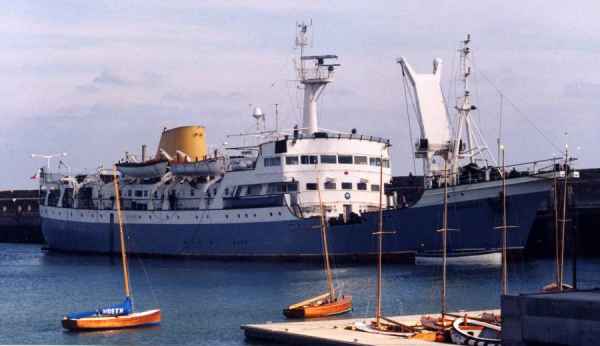 ‘In the summer of 1967 Jimmy had to flee to the West of Ireland to escape a high court warrant, where he remained for 3 years …’

Following on from his days in London, in 1967 Jimmy had to flee to the West of Ireland to escape a high court warrant, where he remained for 3 years until the ‘ Troubles’ began. He settled in County Clare taking on various jobs sang in the many local pubs, played rugby, had good friends and enjoyed the craic.(crack)

Back in the day, the Republican’s were recruiting for the emerging operational IRA, and Jim’s failure to read the danger signs meant that he was placed under suspicion by the Republican power brokers.

''Who or what was Jimmy Lee? What was this mysterious Englishman, blending in with the local community, doing here in the west of Ireland?"

His casual, confident, ‘don’t give a damn’ attitude, dubious UK service background and ability to look after himself raised a few local eyebrows, and he was summarily set up for a fall. He was arrested on a trumped up charge and questioned for hours by the Garda Siochana and several mysterious men in civilian clothes and strongly advised to leave Ireland immediately.

Jimmy might well have been a dead man were it not for a quiet word in the wrong ear and Jim, by the skin of his teeth, was on the next boat back to England – via Dublin and a stint on the lighthouse ships.

WHEN WE GOT CLARECASTLE OUR JOURNEY WAS OVER
SHE SMILED AND SAID THANK YOU, I SAID NOT AT ALL
THEN FROM UNDER HER EYELIDS SHE VENTURED TO ASK ME
WOULD I TAKE HER THAT NIGHT TO LAHINCH TO A BALL

JUST FOR A MOMENT I STOOD THERE IN SILENCE
HOW COULD I SAY NO TO THIS LOVELY COLLEEN
I'D BE PROUD TO GO WITH YOU I VENTURED TO ANSWER
PLEASE TELL ME YOU'RE NAME, SURE MY NAME IS EILEEN

LONG YEARS HAVE PASSED SINCE I HAD TO LEAVE IRELAND
AND THAT BEAUTIFUL GIRL WHO BY CHANCE RODE WITH ME
I'LL NEVER FORGET HER NOR THE WAY THAT I MET HER
THAT GIRL FROM CLARECASTLE THE 'ROSE OF TRALEE '.

Driving out of Limerick on my way to County Clare a beautiful young girl was hitching a lift, so, naturally, being a gentleman, I stopped. We chatted and ‘small talked’ along the way. At the end of the journey she asked if I would take her to a dance in Lahinch that evening. She was somewhat embarrassed to ask but her escort had let her down at the last minute. Naturally, being a gentleman, I agreed. I did not know at that time that this was a Ball to select the Rose of Tralee to represent County Clare…. I’m delighted to say that Eileen won that honour and went on to represent Ireland and then on to the World Finals…. and won!
A fairy tale story, tiaras and glory,
She reigned for one year did this young beauty Queen.
I’ll never forget her nor the way that I met her
That girl from Clare Castle the lovely Eileen

I was drinking, with a Twangman in a bar down by the Old Burgh Quay
The banjo man played Peggy Gordon the night before we put sea

In the darkened dockyard, someone called me I swear I heard a 'banshee' wail
But young and bold my life before me I stepped aboard the Granuaile

Hang on tight boys, I'm on the tiller, I know your frozen to the bone
Jump my boys next time she rises the Granuaile will take you home

Lost and frightened, I pressed onwards into the night, into the gale
On the lost horizon my prayers were answered I saw the lights of the Granuale

Out of work in Dublin but still in possession of my Able Seaman’s ticket I signed on as crew on the Granuaile moored on the river Liffey by O’Connell Bridge. She was part of the fleet that served the light houses around the Irish coast taking provisions and relief lighthouse keepers to there various stations. I had served in the Royal Navy for almost 7 years and considered myself to be an excellent ‘ small boatman’ but had never experienced such ‘stomach churning’ fear when working the Tuscar and Black Rock light houses. I completed several trips on the Granuaile, the Atlanta and the Isolda until I sought the safety of dry land. My admiration for those who served on those ships, and still do, knows no bounds. By the way, the ‘Banjo Man’ was Luke Kelly of The Dubliner’s !