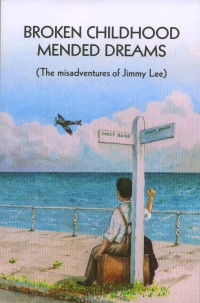 Jimmy Lee has led some sort of life!

A country boy, born into a working class country life in a remote farming community in Sussex, England. He had a start in life few would have survived......Taken into care at 4yrs old, by the time he was 9 he'd had 10 homes and 9 schools.

His has been a life of music with a distinctive voice and folk/country style which was later to find a home during his travels in the America.

He took his first steps towards a music career in the embryonic London folk scene, existing by day in a shared house in Cricklewood, emerging by night alongside the passionate new wave of British acoustic aristocracy - Alex Campbell, Roy Harper, Gerry Lochran, Cliff Aungier, Johnny Silvo, Derek Brimstone, Ralph McTell, Ron Geesin et al. In that hallowed company he cut his performing teeth playing for beer and bed in the capitals back street blues and folk clubs.

His early life was hard by any standards..... At 14 he ran away to join the Royal Navy and was sent , with 2000 other boys, to the notorious HMS Ganges training establishment at Shotley n Suffolk where a harsh regime held sway . He had the misfortune to be placed under the care of two particularly brutal and drunken instructors whose continual bullying and abuse proved too much for this emerging free spirit, he fought back and deserted on numerous occasions. Among his many punishments, he suffered 'cuts', a particularly brutal form of naval punishment.... The next 6 yrs passed with regular naval detentions in The Royal Naval Detention Quarters (RNDQ’s) exhausting punishments, solitary confinements, ending with a twelve month sentence in the infamous HM Military Prison Corradino, Malta. He was subsequently dismissed from the service and returned to civilian life.

Jimmy's Father was ' called up ' in 1942 and was to serve the next 4 years in one of the most bitter campaigns of WW2 as part of the ' Forgotten Army', in the jungles of Northern Burma..... He would not return to England until Sept 1946.

During that long absence things went ' wrong ' for his Mother. Destitute, shunned by her family, struggling to survive with her four children she abandoned her baby son on a train with a note attached... 'Please take care of me, my name is John'...She was never to see him again....... (Jimmy was to search for, and find him 42 yrs later) at the same time Jimmy and his elder brother, suffering from neglect and malnutrition, were taken into ' care '. And the nightmare of ' childhood ruin ' began.

As an infant, dominated by hardship and loneliness, music became a critical stone in the man. When singing in school and church choirs, he discovered that displays of emotion were not seen as a sign of weakness so music and his abiding faith were to become, and still are, his salvation.

Following on from his days in London, Jimmy had to flee to the West of Ireland to escape a high court warrant, where he remained for 3 yrs until the ' Troubles' began; Back in the day, the Republicans began recruiting for the emerging operational IRA, and Jim's inquisitive nature and subsequent failure to read the danger signs was placed under suspicion by the Republican powerbrokers. ‘

Who or what was Jimmy Lee? What was this mysterious Englishman, blending in with the local community, doing here in the west of Ireland?"

His casual, confident, ' don't give a damn ' attitude, dubious UK service background and ability to look after himself, raised a few local eyebrows, and he was summarily set up for a fall. A late night pull from the local Guardia followed by arrest and interrogation. A quiet word in the wrong ear and Jim, by the skin of his teeth, was on the next boat back to England.

Back home, his impassioned self defence plea in the high court saw his case dismissed and Jim out and about footloose and fancy free !

From the early seventies it was the road, the road and even more road, and Jimmy's unique interpretation of folk and country were being blended together into what we now know as ' Americana '. Typically he was hounded out of some folk clubs as a ' country music heretic ' and was only slightly less welcome in the country venues. Remember Dylan's '' Judas anyone?''... '

He returned to his PR business, got married and raised a family. Life was perfect and full of fun ......but, as ever, the call of the wild was strong.

And so his love affair with 'Americana' continued and over the next few years, drew him time and time again to play and perform in his spiritual home in the bars, beer joints and ' honkytonks' of the USA's Mid West . They really loved his distinctive voice and his unholy fusion of country/folk.

The discovery of the 'White Mansions' album gave Jimmy the focus he'd always wanted but never found. Creative meetings with Derek Green (head of A&M), Glynn Johns (Beatles and Stones producer) and Mansions writer Paul Kennerley (Emmylou's other half) followed and led to Jim and his band taking the album to the States as The White Mansions Stage Show, where he toured it for a year , ending with a four month stint in Nashville. His first single from the project ‘Save Your Confederate Money' hit the ground running in the southern States and then crashed the Billboard Charts. Unfortunately Jim's Nashville publishers, holding a six figure cheque for his first royalties, disappeared overnight and Jim's career was stalled right out of the blocks, Jim did one more US gig, but his heart was gone. He left for England where his final gig was topping the bill at Wembley in Mervin Conn's fabled Country Music Festival.

For the second time in his life Jim turned his back on a promising music career and now sought success and recognition in the commercial world.

He was very successful and bought a forest near his home town and over the years he and his family used their considerable skills to create a small but successful sporting estate, entertaining 'Blue chip' companies with riding, shooting and fishing .But he missed the music. The old shoot lodge was the perfect music venue so he started the Blue Coconut Music Club.

Quietly, and without fuss, over the last 20 years the Blue Coconut Club has provided music and magic for all playing host to such luminaries as Tom Paxton, Ralph McTell, The Pretty Things, Richard O'Brien (rocky horror) ,Carolyn Hester (Dylan's muse and harmony partner) and many others. Matched with the world's widest range of patrons, Lords, Ladies, Villains, The Floyd, Genesis, the good the great and the damned--- they all have the Coconut in common.

This strange club, run by this interesting man, levels out all, and anonymity is assured!

Children 'Fledged 'responsibilities eased, it was time to return to his first love .. Music....but this time to write and compose his very own style of music verse and lyrics that reflect upon a life full of twists and turns adventures and powerful emotions that run deep. His first Album, ‘The Ragamuffin 'is still receiving great reviews and airtime. The opening track ‘Lucy Cartwright' is proving a popular song for performers and audiences throughout the club scene. Most of his songs are autobiographical and display an honesty that only a self assured and unashamed person could reveal. His 2nd Album ' The Runaway ' is full of surprises, impossible to pigeon hole, moving from ballads to instrumentals and folk- rock and more.

Some great tracks with great stories woven in beautiful melodies make this a truly memorable Album... 'Hardman' is unforgettable and says an awful lot about this enigmatic singer songwriter.

To bring his music to life Jimmy has put together some of the finest musicians that he knows to form 'The Edge of Chaos Orchestra' combining classical and traditional instruments that sail through a challenging variety of genres.... Jimmy acknowledges a huge debt of gratitude for their skill, perseverance and talent that shine on both albums and, more importantly, on stage!

His 'life stories' portrayed in his newly produced and highly entertaining stage show ‘The Runaway’ complete with narrative and projected images, make it easy to understand where the emotion in this man and his music comes from.

Jimmy’s classical compositions were recently arranged for a full symphony orchestra, performed by The Guards Chapel Orchestra in London and recorded by Abbey road Studios.

His fourth and latest album, ‘The Empty Room’, confirms his place as one of our most talented and creative composer, poet, singer/songwriters, and will surely see him receiving ‘kudos’ beyond his wildest dreams!